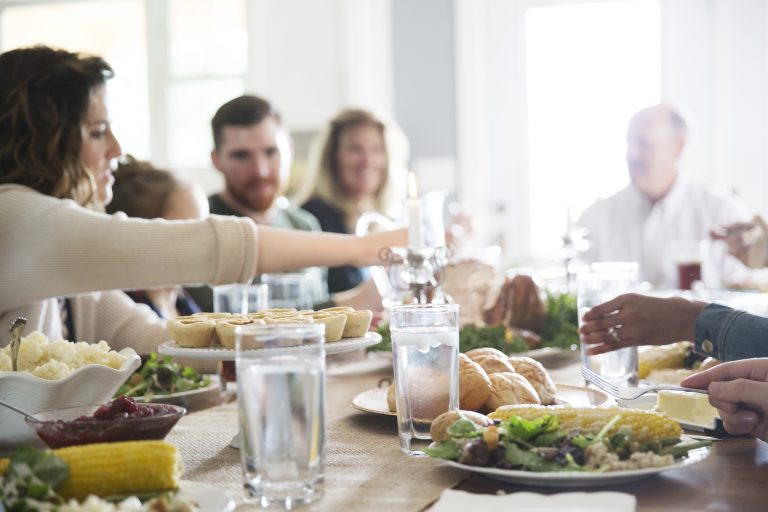 And now, just as you accepted Christ Jesus as your Lord, you must continue to follow him. Let your roots grow down into him, and let your lives be built on him. Then your faith will grow strong in the truth you were taught, and you will overflow with thankfulness.  Colossians 2:6-7 (NLT)

Ethan had not been looking forward to Thanksgiving this year. Instead of going to Grandma’s like they usually did, they were celebrating with a group of women his mom had met at church. Instead of playing with his cousin’s new game console, he was going to have to figure out something to do all afternoon with a bunch of kids he had never met before. Instead of playing football with his uncles and cousins, he was going to have to make small talk with people he didn’t know. Nope, it was not going to be a good Thanksgiving.

Ethan buttoned his cuffs and tucked his shirt into his khakis. Mom had insisted that he wear something nice, not the tennis shoes and sweatshirt he always wore before. He heard Mom rounding up his little sisters and knew he couldn’t put it off any longer. He slipped on his brown church shoes and headed out to the garage. His little sisters were talking a mile a minute and Mom had a big smile on her face. What were they so happy about?

The drive wasn’t long and Ethan barely had time to make Mom aware of just how unhappy he was. They pulled up in front of an older home and parked behind a beat-up old Ford and a pickup truck. The little square in front of the house had no grass on it. An old-fashioned tire swing hung from a big Oak. Ethan knew this was going to be one long Thanksgiving.

He carried the sweet potatoes into the house as his mom corralled his little sisters. Chalk up another bad thing about the day. Ethan hated sweet potatoes! Mom never made them before because she knew nobody liked them. She only made them today because she had been asked to.

Through the open door, he could hear the laughter of grown-ups and children. Once inside the house, the scents of turkey and stuffing and pumpkin pie assaulted his nose and made his stomach growl. The ladies hugged Mom and shook his hand as he was introduced. Plates of food were brought from the old kitchen and everyone found a seat at the huge dining room table.

Ethan was surprised as Mom took one hand and the boy next to him took the other. Everyone bowed their head as the hostess thanked the Lord for the food, the company, and the day. Then she did something even more surprising. She asked everyone around the table to name one thing they were thankful for. Ethan knew that these families were just like his, minus a parent. What could they possibly have to be thankful for?

Enter his gates with thanksgiving and his courts with praise; give thanks to him and praise his name. For the Lord is good and his love endures forever; his faithfulness continues through all generations. Psalm 100:4-5

One by one, each of them spoke of being thankful for their faith, for the Lord providing for them, for the chance to be with their children, for the food He had so abundantly provided, for the peace they had. Ethan wondered what Mom would say. There hadn’t been a lot of “good” things happening in their lives lately. But Ethan was once again surprised as Mom said she was thankful for this marriage trial because it had brought her to a closer walk with the Lord and for the people sitting around the table who had faithfully prayed with her. Ethan felt his heart warming just a little bit.

The children said their thanks, too. For friends, brothers and sisters, a place to live, for their parents, for their teachers….things Ethan would have never thought to be thankful for. Finally, it was his turn and Ethan was in for another surprise. He found himself saying he was thankful to be there that day with people who really cared about his family. Mom gave his hand a squeeze and, after the last “Amen,” chaos reigned as plates were passed and food was piled and laughter competed with the scrape of silverware on the plates.

It was dark when his family finally piled back into the van. Ethan and his little sisters were exhausted after an afternoon of tag and Monopoly and Hide and Go Seek and endless turns on the tire swing. Ethan wearily closed his eyes and was surprised once more as he found himself thanking God for the wonderful day and for his new friends.

Let the peace that Christ gives control your thinking. You were all called together in one body to have peace. Always be thankful. Let the teaching of Christ live in you richly. Use all wisdom to teach and strengthen each other. Sing psalms, hymns, and spiritual songs with thankfulness in your hearts to God. Everything you say and everything you do should all be done for Jesus your Lord. And in all you do, give thanks to God the Father through Jesus.  Colossians 3:15-17 (ICB)

Want to receive the Charlyne Cares for Kids devotional right to your inbox? Subscribe below!
0 Comments
Inline Feedbacks
View all comments
PrevPrevious Post
Next PostNext 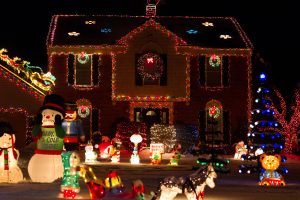 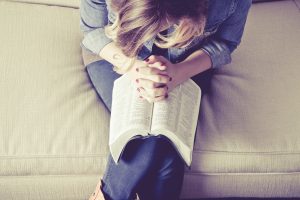 Praying for the Other Person in Your Spouse’s Life