My wife and I married in 1966 when we were both 21 years old. We had been introduced by our fathers who worked together. I was on my way to becoming a funeral director, and Charlyne worked in a physician’s office.

We were both raised in Christian homes. Neither of us had dated extensively. Charlyne was a virgin when we met, but I had been involved in sex while away at school.

From the early days of our marriage, I was verbally and physically abusive, as well as unfaithful. We separated many times during the first 19 years of marriage. In 1985 we separated for the final time, and Charlyne acted on the advice of pastors and counselors and divorced me.

I met someone else and was on the way to starting a new life with her. The word marriage was being tossed around. Nevertheless, I sensed what I was doing was just not right. It was almost as if Charlyne still had an attachment to me.

On Tuesday, July 7, 1987, I drove 100 miles from where I was living in Ft. Pierce, Florida, to Charlyne’s office and tapped on her window. I asked if she could go to lunch with me. She was out the door in half a second.

I was making more money than I had ever made, had an impressive job with an expense account, lived in a nice apartment, and had a few girlfriends (in addition to the one talking marriage). At 41 years old, I had just about everything a man could want, except that I had lost my family. Even worse, I was miserable. I can’t describe it, but I suspect you know that feeling.

A few months after our divorce, God used a couple who had come to our church to sing and share their story, which touched my wife. She would tell you today, “It was as if God said, ‘I haven’t given up on Bob, so why did you?'”

My wife became a stander, praying for God to restore our marriage. The first time I heard this, I laughed. My wife wanted me back? First she wanted me gone and now she wants me back? This confirmed to me that she was just as unstable as I had thought.

I mistakenly thought it was Charlyne’s prayers that were causing the torment in my life. I thought it was like witchcraft. I wondered if she even had a doll she was sticking with pins to cause me turmoil. Now I realize it was the Holy Spirit of God nudging me to do what was right and nothing my wife was doing.

Before I stopped at Charlyne’s office, I had done my homework and discovered all it took to get a marriage license in our county was $37.50, with no classes or waiting time.

“I will never stop praying for you,” Charlyne countered.

Please let me interject that standing for a marriage is not harassment of an absent spouse. Charlyne never did that, but God certainly did. For example, she could mail me a birthday card a week in advance, but it would arrive on the one day the girlfriend picked up the mail.

Going back to that fateful Tuesday, I did take Charlyne to the courthouse and we did get a marriage license, “… for the future.”

Please understand, I still had no intent of ever coming home, but my inner torment had become so acute that I was attempting to make a deal with God over the license. But those deals just do not work out. The Bible is full of stories of men and women who attempted to deal with God, but His way won in every situation.

When we left the courthouse, Charlyne was beaming, but I felt sick. What had I done? Not only did my inner conflict continue, but now I had given Charlyne false hope by my offering to get a marriage license.

God has guided my steps for many years, but there have been a handful of times in my life when God spoke so clearly to me there was no mistaking Who was talking. One was that Tuesday afternoon, sitting in a restaurant on Las Olas Boulevard across the table from my wife.

Charlyne and I were two opposites at that moment. She was beaming with a marriage license in hand. I had the same old torment digging deep inside me.

I can say without reservation that God spoke to me at that moment: “You have made the biggest mistake of your life by getting a divorce. Remarry your wife today.”

I proposed and my wife became almost giddy. She ran to a pay phone to call the church secretary. Two of our three children were summoned to the church office, and at 2:00 p.m. the same pastor who had told Charlyne she had “grounds” for divorce, remarried us. My wife left for lunch a divorcee by the world’s standards, and came back a happily married woman.

The peace I had come to town seeking was found that night, sleeping in my own bed with my wife cuddled up beside me.

Maybe that peace came when the guilt of my sinful lifestyle was forgiven by God. I suspect the peace I felt that night was a combination of all these things, and the blessing of God on my obedience to Him.

Have the past 20 years been hard work? Yes, at times. Our marriage is not perfect today, but today Jesus is at the center instead of Bob or Charlyne. Jesus handles those moments of strife far better than either of us could ever do.

Today Charlyne and I still live in the same honeymoon house where this all took place. Our three children are each married and have children of their own. We all live within five miles of one another and are involved in each other’s lives.

God has blessed me in so many ways, as you will read in upcoming pages. Many of my blessings would not have been possible in a family fractured by divorce.

Would I go home all over again? For sure! I am praying that 20 years or so from now, you can look back at your present situation with the same blessed 20/20 hindsight that I now enjoy.

It is possible to go home, to start all over, and to have every hindrance you are now imagining be erased by the Lord. The first step is your obedience in going home. 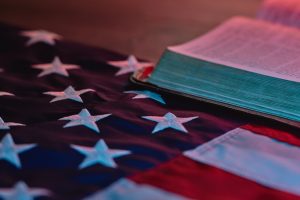 The Cost of Freedom 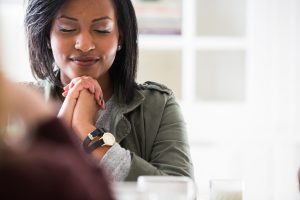 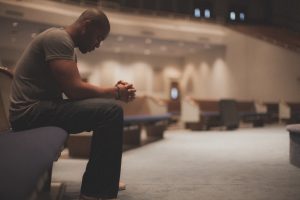 The Lord Will Take Care of You 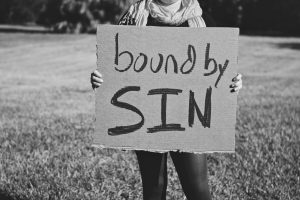 You Can Help Carry Someone Else’s Burden