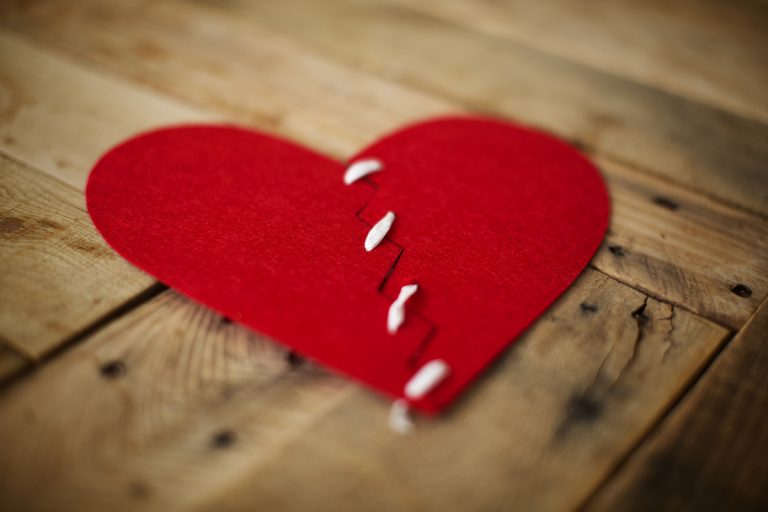 Rebuilding the Trust After Restoration

“Therefore what God has joined together, let no one separate.” Mark 10:9

A few months ago, one of the younger grandchildren was visiting.  The unmistakable sound of something breaking was heard coming from our living room, followed by total silence. I peered around the corner to see that youngster, sitting in the middle of the floor, attempting to re-assemble a shattered figurine.

That kid might have been successful in matching up a couple of the larger pieces.  He might have even managed to have a few pieces support one another, but as soon as my wife attempted to dust it, the previous damage would be evident.

How can you and I, as returned prodigals, ever hope to rebuild the shattered trust of the spouse we have wronged?  Is it by promising our trust to our mates?  It is doubtful that such a promise would be meaningful right now, especially since we uttered the word “trust” as part of our wedding vows and are just now coming back from trampling all over that promise.

Perhaps it will never again be possible for our mate to trust us.  Could it be we will go home and have our family put back together again, yet the trust will never return?

My friend, trust has not escaped your marriage forever.  Your wedding vow and the very covenant of marriage is one of mutual trust.  If you will allow God to become the strong foundation upon which the first floor of your marriage is built, trust can become the second floor.  It takes time and it takes work, but that second floor can be built.  It is in God’s blueprints for marriage and the Christian family.

A new home is being constructed next door to us.  If you were here with us today, you would hear a steady stream of hammering and machine noise coming from the new construction of the home next door.  Since this is going to be the beautiful new home of the contractor doing the building, you can imagine how well everything is being done.

Today, pallets of concrete blocks are being moved into place with a crane for construction of the second floor.  There must be tons of blocks up there, but the builder is not fretting whether the second floor will be too heavy and topple his home.  He has confidence in the foundation and the first floor on which he is building.

Once you have confidence in the foundation of your marriage and the first floor of your returning home is in place, you are ready to add that second floor of trust, block by block.

The only time during the day that construction ceases is right after the warble-toned horn of the lunch wagon or “roach coach” is heard.  Work ceases.  While you are working to rebuild the trust in your marriage, be careful to ignore the warble-tone coming from any other person of the opposite sex.  Regardless of how short the break, or how sincere the reason, the job of rebuilding trust will stop.  In addition, some of the walls of rebuilding that have already been put up will come crashing down.

Trust was rebuilt in our marriage one block at a time.  Neither my wife nor I could tell you the day trust was returned.  It came about block by block, until we realized the project was done.

May I offer you a breaking illustration?  My wife, Charlyne, was completing a form and needed my driver’s license number.  “May I go in your wallet and get it?” she asked.

I was occupied with something else and agreed without giving her request much thought.  Then I remembered the years when my wallet was off limits to my wife.  If she needed something from there, I would get it.  She could have located a few dollars that I had concealed in there or spotted an encrypted phone number or anything else that a faithful Christian husband should not have hidden in his wallet.

Once again, I was able to assure my wife that nothing I had was off limits to her.  While I appreciated her asking permission to browse through my wallet, I told her she was welcomed to enter my wallet, my van, my email, or anything else, at any time, without my permission.

A gentle answer turns away wrath, but a harsh word stirs up anger.  Proverbs 15:1

My friend, there is so much freedom in being able to say that to your spouse.  I pray that you will start on your foundation of Christ, then build a strong first floor of faithfulness, so that the second floor of trust will always stand strong, regardless of Satan’s schemes to break trust.

While building trust in a fractured marriage, we each need to be careful to avoid synthetic trust or hidden trust.  Our mates will flush out that kind of trust in a heartbeat.

When I was 17, I worked for a local funeral home.  I had the misfortune of helping move an expensive casket when it was damaged.  The casket was constructed of African mahogany and named The Masterpiece by the manufacturer. The style of casket in which President Kennedy was buried, it had a hand rubbed finish and was indeed a masterpiece.

Four of us were moving the empty Masterpiece and the big urn-end of the heavy casket slammed into the rear bumper of the vehicle into which it was being loaded.  We literally knocked a chunk of wood out of the bottom edge.  (The four of us might have looked like my grandchild in the living room about then, as we looked for ways to conceal the damage.)

We all knew what our straight-shooting employer would expect, so we told him of the accident.  We suggested that a basket of flowers be used to conceal the damage.  Our ethical boss had other ideas.  The following day an expert in wood refinishing worked on the damage for hours.  When he was done, the gouge could not even be found.

If we had gone with plan A and concealed the damage with flowers, not only would the four of us have had knots in our stomach, fearing discovery, but our employer would have thought less of us for not being straightforward, if the accident would have later been discovered.

Satan has already ordered the casket he expected to use to bury your dead marriage.  On the way to restoration, be careful to live in such a way as to build trust, one step at a time.

It is worth every effort. 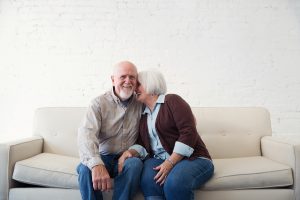 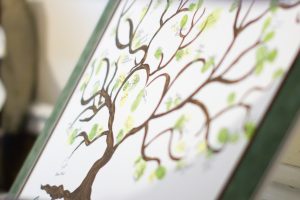 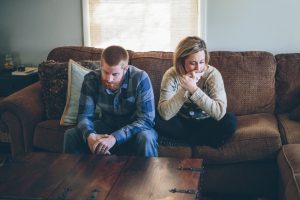 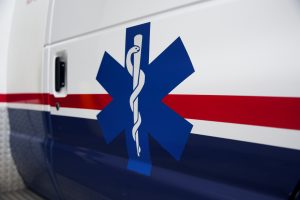