Create in me a pure heart, O God, and renew a steadfast spirit within me. Do not cast me from your presence or take your Holy Spirit from me. Restore to me the joy of your salvation and grant me a willing spirit, to sustain me. Psalm 51:10-11

One of the most destructive tools the enemy uses to thwart marriage restoration is one of his most subtle. It creeps up to ensnare not only men and women who are praying for marriage restoration, but also couples who are back together again and working through the process of marriage restoration. It is not one of the three A’s of alcohol, adultery or abuse, because they are so obvious. Satan delights in using that which is not so obvious to destroy not only families and marriages, but also individuals.

Like so many other areas that Satan uses, this one has been endorsed by modern society as acceptable. I am writing about the relationship between one married spouse (or stander) and a member of the opposite sex.

We know standers who would never consider being inappropriate in any way with a member of the opposite sex, yet they can see nothing wrong with close opposite sex friendships, even to the extent of going out with the other sex, because after all, “We’re just friends.”

I cannot overstate how Satan desires to use your naïve actions regarding your relationship with other people against you. Beyond that, you need to remember that anyone who is going through separation and divorce is vulnerable. Regardless of how strong you are in your Christian beliefs, rejection by your spouse combined with flattery from a friend equals trouble.

My opposite sex warning to you extends even to email or online relationships. Several years ago we received a frantic call from a female stander. She had developed an email friendship with a male stander several years difference in age from her and living over 2,000 miles away. The man had been reading something into the relationship that the woman never intended. He was ready to pack up and move to be near her. She was calling to see what she should do. “What she should do,” was not to have chosen to carry on an email correspondence with a man. The last we heard, neither marriage was restored and neither person continued to stand.

The time that two people spend together builds familiarity. As a friendship with a member of the opposite sex strengthens over time, that third person starts to look better, while the view of their own covenant spouse for whom they are standing starts to grow out of focus.

You might think that Charlyne and I are being old-fashioned in this matter, but over the years we have seen scores of marriages lose hope of ever being restored because a once-standing spouse thought they were different and could handle an opposite sex friendship without it ever becoming a relationship.

If there were one thing that Charlyne and I could tell you that we have learned in the past 20 plus years of marriage ministry, it would be that opposite sex friendships while standing for marriage restoration do not work. We have seen prodigals who were close to coming home go the opposite direction because of the way events involving their spouse were interpreted. We know standers who simply gave up because their spouse looked so bad compared to another person. In many of these instances, by the time the stander comes to their senses, their spouse is long gone, never to be heard from again.

After a prodigal returns is not the time for their mate to be breaking off innocent same-sex relationships. They never should have been allowed to form in the first place. If I had come home on the afternoon we suddenly remarried and that evening Charlyne received a couple of phone calls from men she said were “just friends,” one more huge obstacle would have been added to our restoration process.

If you are serious about marriage restoration, there is no room for a person of the opposite sex in your life. That includes prayer partners, co-workers outside the job, coffee friends, email groups, people on Facebook, social media, neighbors, old friends and any other justification a stander might attempt to use. I can promise you that Satan will eventually use that relationship to harm either you or your hopes of marriage restoration.

Rejoice Marriage Ministries does not have “rules” that we demand standers follow to be part of this Ministry. We do have suggestions that the test of time have proven to help or hinder the permanent restoration of a marriage by God. Foremost among these is the concept that standers need to socialize and cultivate friendships only among people of the same sex.

Look at the scenario of a hypothetical couple where the man was the stander and whose marriage was gloriously restored by God. A few years later, that husband and wife have gone out to dinner. A woman approaches their table and warmly greets the man with comments about how long it has been since she has seen him. The wife does not know this woman and is basically ignored until the husband awkwardly introduces them. After the woman has gone on her way, the wife inquires as to who she was. The husband says that she was a member of the stander’s group that he attended while praying for his wife to come home.

The next question from that wife will be, “Did you date?” The man confesses that he and the woman had gone out for coffee a couple of times. At the time of the coffee klatches, everything looked above board, which it was, except that Satan made an entry to try again later to destroy this marriage.

At home that evening, the returned wife is unsettled over meeting the other woman she did not know about. Her husband is about to be grilled for details. In his sincerity, he admits that he and the other woman had gone to a couple movies together while both were standing. The enemy has just kicked the wheels of doubt and mistrust into action in that wife’s mind.

She demands to know how much the woman knew about their problems. In an attempt to be totally honest, the husband confesses they used to email back and forth about each other’s problems and had a few phone conversations.

The restoration process of that couple has suffered a setback, all over what appeared to be nothing, but happened when a standing husband could see nothing wrong with having an opposite sex friend. You can be assured the incident at the restaurant will come up over and over again when that couple has strife between them.

How could this have all been avoided? By a stander being firm on having only same-sex friends. We have seen some variation of the above scenario repeated time and time again during the life of this Ministry. A marriage is always the loser. Charlyne and I pray that, for the sake of your family, you will make an evaluation of your opposite sex friendships before it is too late for your marriage. 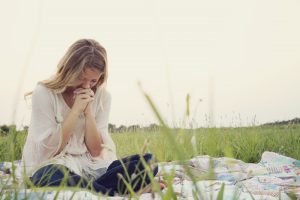 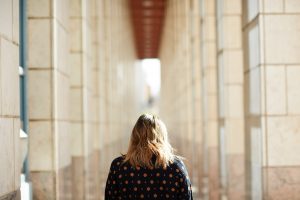 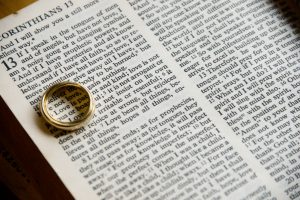 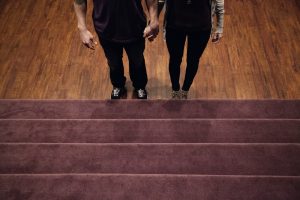